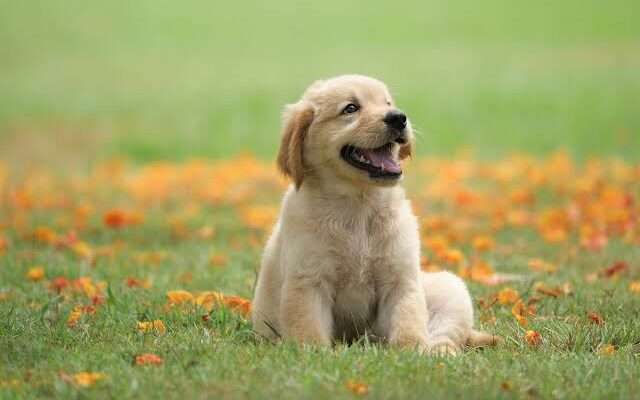 Wolf worm in dogs is one of the parasitic infestations that dogs suffer from. This parasite burrows down into their skin and develops until maturity. It is dangerous to dogs and its infections are not limited to physical damages alone. Aside causing the dog to feel pain, itches and discomforts—if the wolf worm in dogs decided to travel down to the brain., It could later affect it psychologically.

However, before it gets to that stage, it is imperative to know what a wolf worm is in order to know how to prevent your dogs from getting infected by it— and if the dog is already infected, the necessary treatments that are required to remove the wolf worm and ensure recovery.

What Is A Wolf Worm In Dogs

Wolf worm in dogs is a type of botfly’s (this type of botfly is called cuterebra) parasitic larvae that is embedded in the skin, eyes, nose, mouth or other openings of their host. Their preferred hosts are often rodents and rabbits.

However, dogs are not exempted from the possibility of wolf worm infestation — even though they are often considered as accidental hosts.

What Causes Wolf Worms In Dogs

Wolf worm in dogs are caused by a type of botfly called Cuterebra. Wolf worms are initially eggs laid by botflies to mature and develop in the skin of other animals until they develop fully into an adult botfly. Dogs are more likely to be infected by wolf worm while hunting rodent or rabbits or while burrowing the holes of these small mammals.

As stated earlier botflies often choose rodents and rabbits as a preferred host, they lay eggs in their skins which hatches within 24 hours into larvaes due to heat from the mammals body. The larvas, also called the wolf worms then burrow down into the skin and feed on blood and skin cells. They feed on the rodents/rabbits until they mature fully into a pupa. The same process of wolf worm growth similarly applies to when they are laid in the skin of dogs.

Wolf worms usually cause a small lump or swelling under the surface of the skin. There’s also always a hole in the centre of the lump of either the dogs or mammals to allow them to breathe. Once wolf worms enter this pupation period, they detach themselves from the mammals into the ground till they develop fully into an adult botfly.

Related Posts  Where And How To Get Affordable Health Insurance 2022

This later cause infection that is quite dangerous, so much that it is often advised that professional treatment is soughted for.

Symptoms Of Wolf Worm In Dogs

It might be quite hard to notice infestation of wolf worm in dogs by mere external inspection. Hence, it is best to schedule and appointment with your veterinarian in order to check and treat the infections.

Nonetheless, below are some of the symptoms that might be visible. Although not all dogs manifest the same symptoms, but some of the common symptoms of wolf worm in dogs include:

Treatment Of Wolf Worm In Dogs

The best way to remove a botfly larva from a dog’s skin is to cover the hole the larvae made with petroleum jelly. This will prevent any air from entering the hole ans getting to the larva. This will force it to come to the surface. Then it can be removed from the dog safely.

However, It is advisable not ti treat dogs infested by wolf worm by yourself. It might result to some complications that could later worsen the health of the dog. Carelessly removing the wolf worm in dogs can damage some of the dogs’ muscles.

Hence, you should contact your veterinarian once you notice any of the aforementioned symptoms or notice your dog showing any signs of discomfort. Your veterinarian will know how to remove the wolf worm in dogs, and also prescribe some further treatment to ensure quick recovery and prevent infection afterwards.

How To Prevent Wolf Worm In Dogs

The best possible way to prevent wolf worm in dogs is to prevent them from hunting rodents or rabbits.